On Saturday, December 7, 2019, during the Official Opening Ceremony of the 22nd Panhellenic Congress of the Orthodontic Society of Greece and the Orthodontic Society of Northern Greece, which took place at the Makedonia Palace Hotel, as already announced at the end of last year. World Federation of Orthodontists (WFO), awarded with a moving event in a very crowded room the “Regional Award of Merit” to Dr. Moschos A. Papadopoulos, Professor of Orthodontics at the Aristotle University of Thessaloniki, Greece.

The “Regional Award of Merit” is awarded by the World Federation of Orthodontists to those members who have been distinguished and proven to have made significant contributions to Orthodontics internationally, whether through academic, research, clinical practice or leadership and service in organized orthodontics.

Immediately after receiving the “Regional Award of Merit”, Prof. Papadopoulos stressed that this Award not only reflects him personally, but it reflects also Greece and the Greek orthodontic community, as well as the Department of Orthodontics of the Aristotle University of Thessaloniki, to which he serves as Director, and thanked his fellow scholars, his research associates and his students with whom he has collaborated over the years, but especially he thanked his family for their understanding and their continuous and constant and without any requirements support, without which none of his accomplishments would be possible. 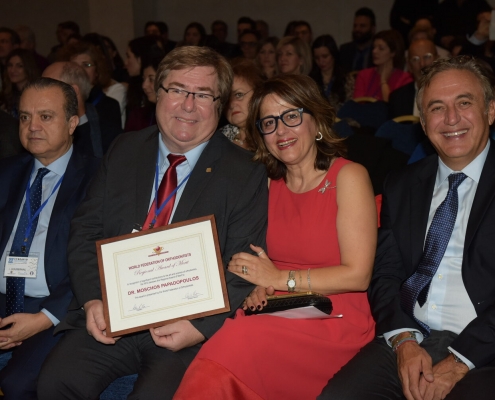 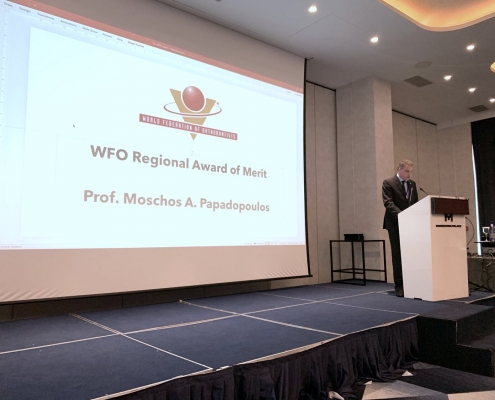 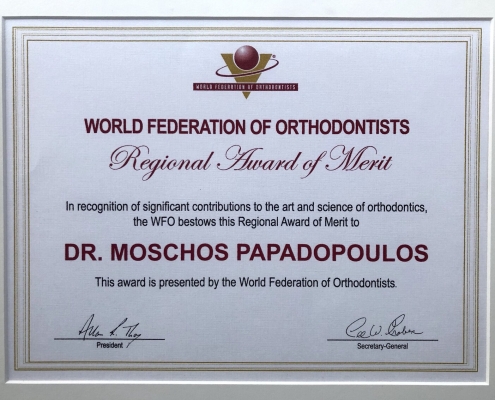